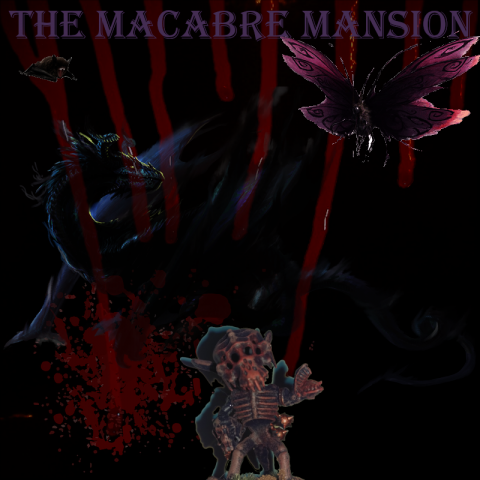 Eventually Sandpoints Major, Kendra Deverin sent a group of 4 guards to check in on the situation but after 3 days they have not returned. The remaining guardsmen are refusing to set foot on the grounds and the captain of the guard is out of town leaving the Mayor no option but to hire some unlucky adventurers to investigate and deal with the problem, and hopefully rescue the missing guards.

The sky around the manor is black and some form of magical darkness permeates the area obscuring the moon. A thick fog blankets the field reducing vision to only a few feet.

This adventure takes features some very mature content. Depending on player choices it can contain scenes of graphic death, torture or other disturbing things. Inspiration of several of the encounters has been drawn from popular horror films and fans of horrow will likely recognise these.

The main element of this adventure forms a timed puzzle where players must escape before the time runs our otherwise.... well you don't want to know. Players must work together, despite being physically seperated in order to escape the manor house, which is one giant death trap and puzzle.

After running this adventure, in a slightly longer form in a compaign one of the players decided that his only option to escape was to sever his own limb and another player decided that his character was so traumatised by the experince that he asked if his character could retire, due to his character having a mental breakdown and not feeling up to facing danger again. Thier experiences however will likely difer wildly from your own, there are multiple options to escape the manor, multiple options to kill you and multiple ways to make your characters afraid to ever take on a quest again.