Theodemar was intellegent, even for an elf but he could not bring himself to commit to one path. There were many careers he enjoyed but nothing really called to him. As a young man of just 57 years he wasn't really under much pressure to pick a direction.

Thodemar's father was noble in the elven homeland, Kyonin and Theo had rarely tread outside their homeland. While visiting Opparawith his father, one day Theo ran into a Human, Ezren, in a tavern. This meeting was purely by chance and held no meaning at all to the budding huan wizard but for Theodemar it completely changed his perspective. Theo knew about humans, about their short lives and their rash decision making but he had never really interacted with them. Seeing this human so angry that he was "too old" to become a mage made Theodemar really consider his apathy when it came to choosing a career. Ezren demonstrated some magic in the taven, clearly being far better than most apprentaces hoping to take up the craft. Theo knew some magic but had never taken up with a school. It had been suggested several times that his aptitude would give him the choice of any magic school he wanted, if not for his inability to commit to a career.

Reading about something in a book was a world away from watching it unfold infront of him. As Ezren recounted some minor details of his life it was obvious that he was a very driven individual, someone that any magic school should welcome. In less than 10 years Ezren had mastered more magic than Theo had in 30 years of practice.

Theo spent the rest of his trip unable to get this wizard out of his head, it bothered him that Ezren was beeing called too old to be competent yet he was possibly even better than Theo. He considered himself a youung man but "too old". The logical part of his brain knew that elves live far longer than humans but regardless it ate at him. He just couldn't accept that someone considered too old to be worth a mage's time was youunger than him. He wanted to catch up, and badly.

When he returned home he immediately went to study what little magic books he has. He practiced the spells he knew for weeks while constantly wondering how fast the human would progress. Then he decided, the only way he would know was to go out into the world. He would never have his answer living amongst elves. His father laughed at him when he said he was leaving, such a youung man going on a quest that would shape his life drastically, his father thought him impulsive like the humans. Annoyed at his father he took his fathers quilted cloth armour and a handfull of his fathers gold.

Theodemars plan was incomplete but it had a simple beginning, he would set out into the world on the same path Ezren was on, practice his skills on the road. Initially he would head to the more notable magic schools. The first few magic schools he applied at declined him, they achnowledged his talents but told him to return in 5 or 10 years when hes is a little older and wiser. This just made him angry, and more determined to be set on the course of a wizard. If magic schools would not have him he would learn himself, and by the time he was "old enough" to join he would be a far better mage than the useless fools who had rejected him. 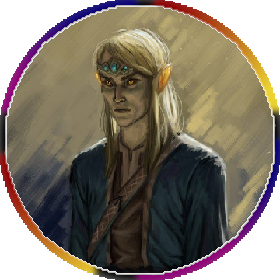 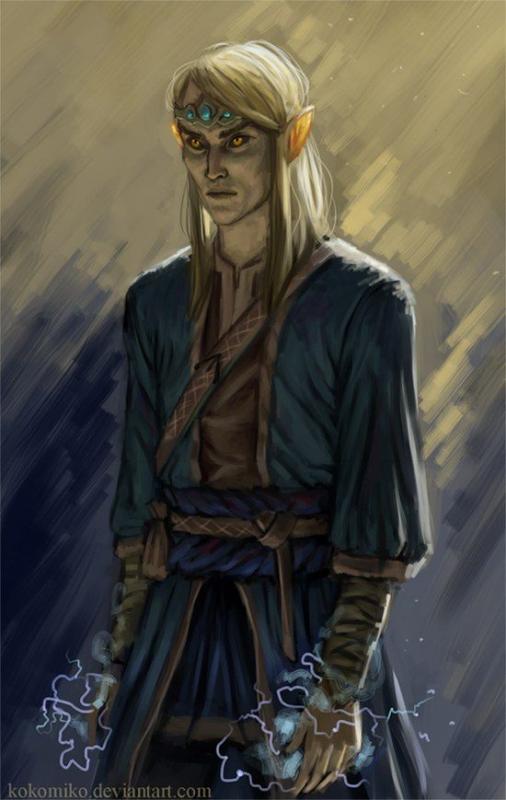